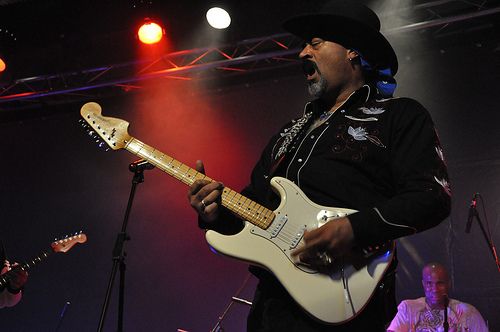 Gregg Wright is one of the numerous West Coast Blues artist's to appear in the award winning new documentary film by Ramin Niami, "Babe's and Ricky's Inn" (The Documentary). The film centers on the famous South Los Angeles Blues club and its owner, the late Laura Mae "Mama" Gross. Some of the music artists featured in the film include Zac Harmon, Deacon Jones, Ray Bailey, Dennis Jones, Sherry Pruitt, and Wright appear in interviews and heart pumping live performance segments. "What really stands out and grabs you is how amazingly pure and un-Hollywood Babe's and Rickey's was." says Wright. "It was like having a real Louisiana or Mississippi juke joint right here in the center of Los Angeles, California! I'm just sad it's gone." L.A. Times entertainment critic Betsey Sharkey  says “If you don’t want to get up and move at some point during this film, go and see a doctor!“  Check out the Official "Babe's and Ricky's Inn" movie trailer by clicking on the arrow in the screen